The Southern New Hampshire housing market experienced a similar outcome as Massachusetts in that sales declined, and prices increased when compared to 2017.  Low inventory influenced the effect that lack of supply has on demand and raised prices.

For this report, we are examining the three counties that make up Southern New Hampshire: Hillsborough, Rockingham, and Cheshire; and we are focusing on three property types: single family homes, condominiums, and multi-family homes. 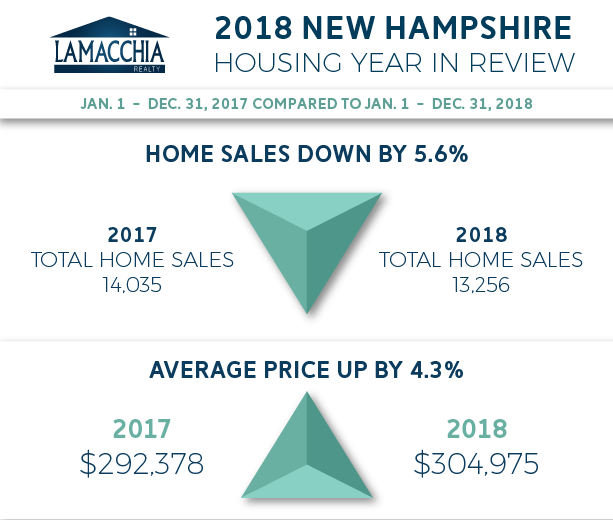 There were only 4 months in 2018 that were higher in sales than in 2017. January, March, April, and July showed gains over the year before, but the other 8 months of the year couldn’t keep up.  October and December showed declines of around 23%. 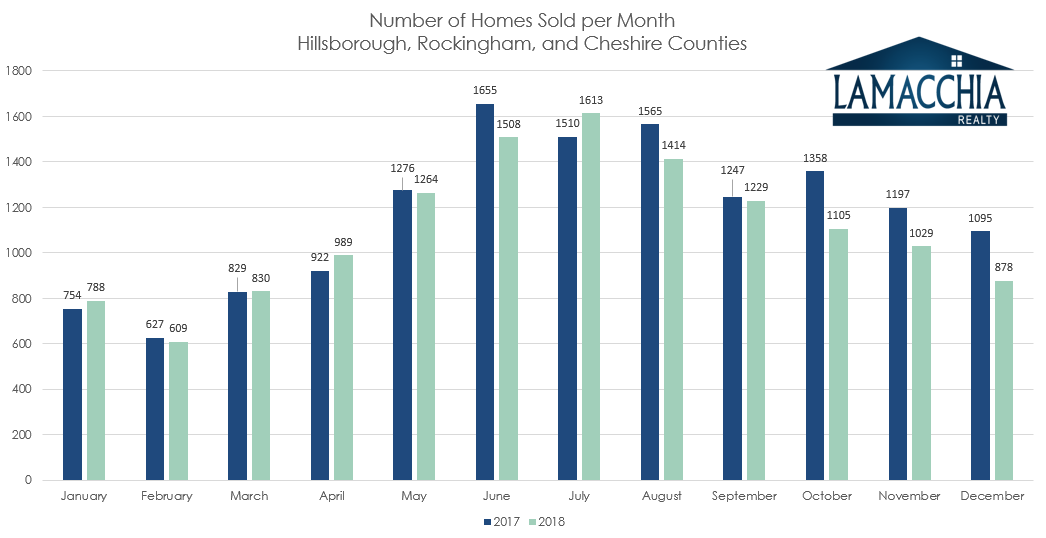 Average home sale prices exhibited the opposite performance than sales in that only 4 months depicted decreases over 2017 and the rest of the year beat the year prior.  July and November showed large increases of around 15% over 2017.

In last year’s Southern New Hampshire report we noted the upward trend of home sales in the three counties we examine – Hillsborough, Rockingham, and Cheshire since 2011. 2018 broke that stride for Hillsborough and Rockingham counties as they decreased in sales from the year prior by 2.32% and 11.17% respectively.  Cheshire stayed on pace and beat out 2017 by 3.4%. 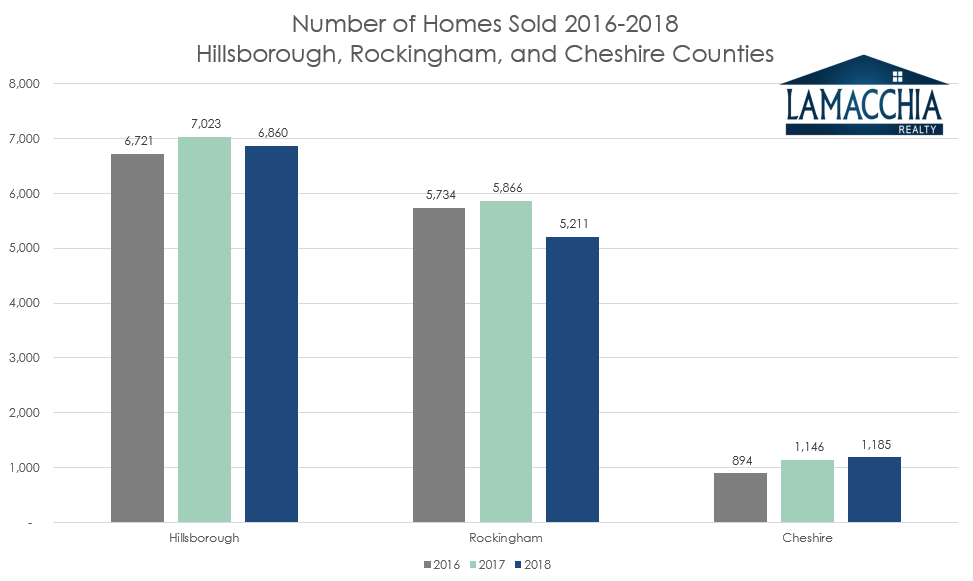 All three counties increased in prices this year, just like last year.  Hillsborough increased by 5.34%, Rockingham increased 3.58%, and Cheshire increased by 10.26%. 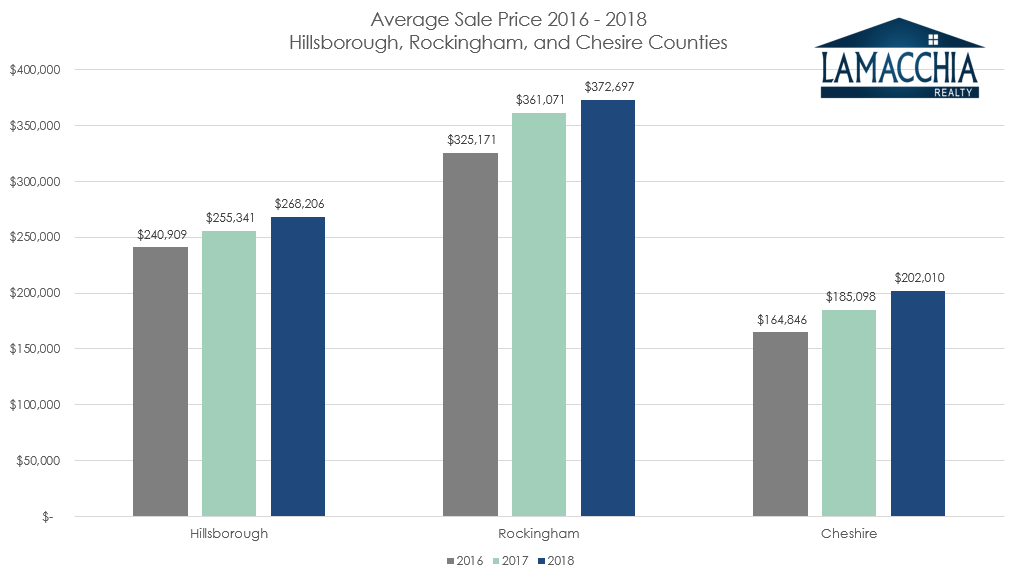 Last year we predicted that sales and prices would increase, and we were only half correct. It seems as if we are going to continue to see the number of sales struggle to keep with interest rates as high as they are.   To learn more about the current market or Anthony’s predictions for 2019, click here.