The Shift of Boston Area Rent 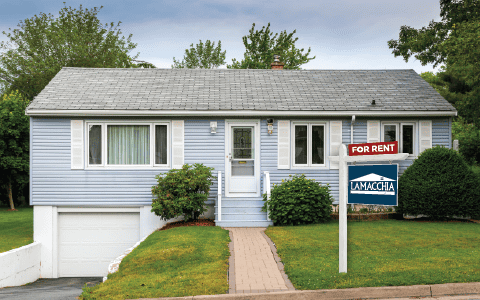 Boston is an absolutely amazing city. New Englanders, original and new, love the four seasons, the accessibility, the things to do, the history, the nearby beaches, the schools and medical centers, the sports, and much more. The family-friendly hub and surrounding areas have something to offer everyone, including rapidly rising rent costs. In just over the last three to five years, rents have jumped to intimidating figures downtown and now in surrounding towns. From the more expensive areas such as Seaport, Beacon Hill, the South End and to places that used to be affordable such as Somerville, Southie, and Cambridge, people are finding it difficult to afford just about anything. 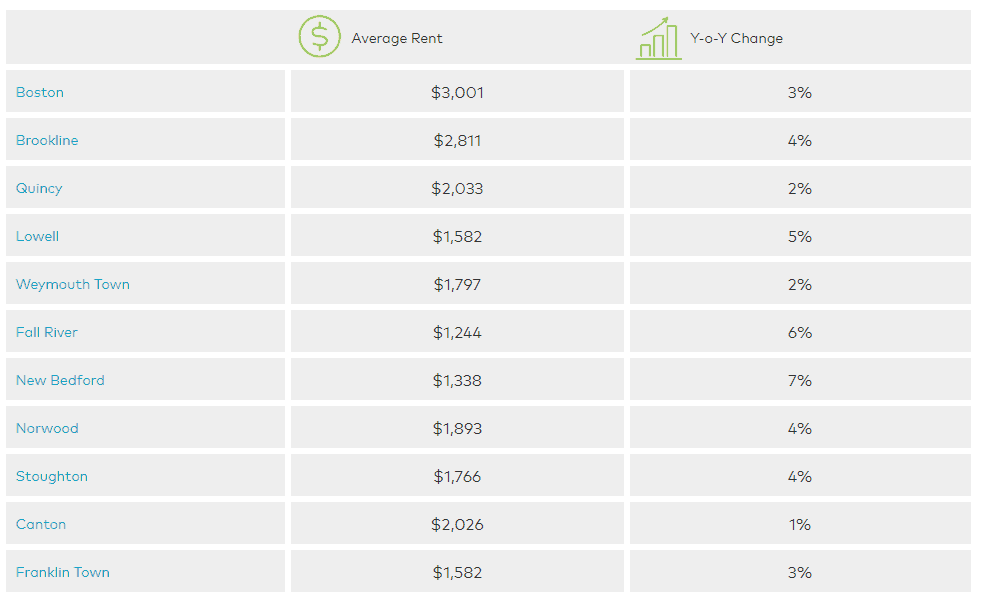 With rental prices Downtown being extremely high, they have been pushing people a little further out from the center of the city for years. What this is doing is causing a rippling effect on other neighborhoods which now are in higher demand.  As demand increases and supply is consumed, rent prices inflate and we are seeing that in areas that used to be a lot more affordable.  Even though neighborhoods like Stoughton are more affordable, with an average price of $1,766 per month, the prices have increased by 4% over the year.  Same as Norwood.

Pricing does depend, of course, on not only the location, but as well, the size of the property.  See below how rents have increased by apartment size and number of bedrooms.

It’s recommended that renters know what they’re getting themselves into before the lease is signed.  Ask what the rent increase was the year prior and what the suspected rent increase will be next year so that the future budget can be assessed.  An increase in rent is an annoying reason to have to move, especially with vacancies so low in the Greater Boston area.

Landlords raise rent for a number of reasons.  Massachusetts property taxes increase, market value increases (meaning that people are willing to pay more for a decent space), and sometimes, rents are raised annually regardless of any other factor.  Know before you owe.

Below, click through this interactive infographic on Boston-area rents from Jumpshell.

If you’re looking to find a place to rent, or if you have property for which you’d like to find a tenant, contact the Lamacchia Realty Rental Department.  We make the rental process easy and streamlined, help take care of all the paperwork, and work hard to make sure that the rental and the renter are a perfect match.